Tourism contributes some £2.7 billion to the Welsh economy each year. So, it’s a pretty big deal. Visit Wales are at the heart of this. Over the past several years, they’ve has dedicated a lot of time and resource into putting Wales on the tourism map. Visit Mid Wales are a subsidiary of the national organisation and support the Mid Wales region.

In October 2018 we were approached by Visit Mid Wales to deliver a series of 4 live streams in the form of a concept known as slow TV. Slow TV essentially sees viewers tuning in for relaxation rather than entertainment. Working alongside our close partners, video production agency Nemorin, the campaign which was funded by Visit Wales’ Tourism Fund had one aim; get Mid Wales on the tourist hotspot map, both in Wales and further afield.

How we did it.

We needed to hand-pick the region’s most spectacular locations especially when plugging into the emerging trend of ‘Slow TV’. We worked closely with the client to choose four locations based on immediate wow factor, logistics, and natural beauty. Luckily it wasn’t too difficult!

The refreshing nature of Slow TV filmmaking steps away from the fast-paced nature of content that vies for attention online. No actors, no editing, no music – just a genuine reflection of the Welsh countryside in real-time. The streams themselves involved multiple cameras set up on location with the feeds then live streamed through to a Facebook Live stream and YouTube channels. The aim for the campaign was to capture and share the region’s beauty in a way which is raw and a form of escapism for audiences.

We created a four streams which were streamed across four consecutive days, allowing viewers to escape to Mwnt Beach on the Cardigan Bay Coast, Blaenhafren Falls in the Hafren Forest, Ynyshir RSPB Reserve and Lake Vyrnwy.

To further support the campaign our expert paid-social team ran ran paid social advertising campaigns in the form of teaser videos in advance of the live streams to create more of a buzz, solidifying attendees through Facebook groups and events to which we further promoted the streams within. The final live streams were broadcast on Facebook Live over four days across the four different locations. The campaigns highlights how a limited ad budget can still deliver.

We filmed a series of teaser films which were released to mark the launch of the live stream. At this stage it needed to be inviting and build excitement for what was to come.

To launch the campaign we put together a series of Facebook Live stream animations. In order to build up watchers we used a countdown style, with the lineup finally being revealed and played on loop. There was to be a total of four streams on four consecutive days, which would allow viewers to escape to Mwnt Beach on the Cardigan Bay Coast, Blaenhafren Falls in the Hafren Forest, Ynyshir RSPB Reserve and Lake Vyrnwy. Facebook puts a big premise on live content and this was a fantastic way to ensure visibility on the content in a cost-effective way.

Watch one of the full streams here 👇🏻 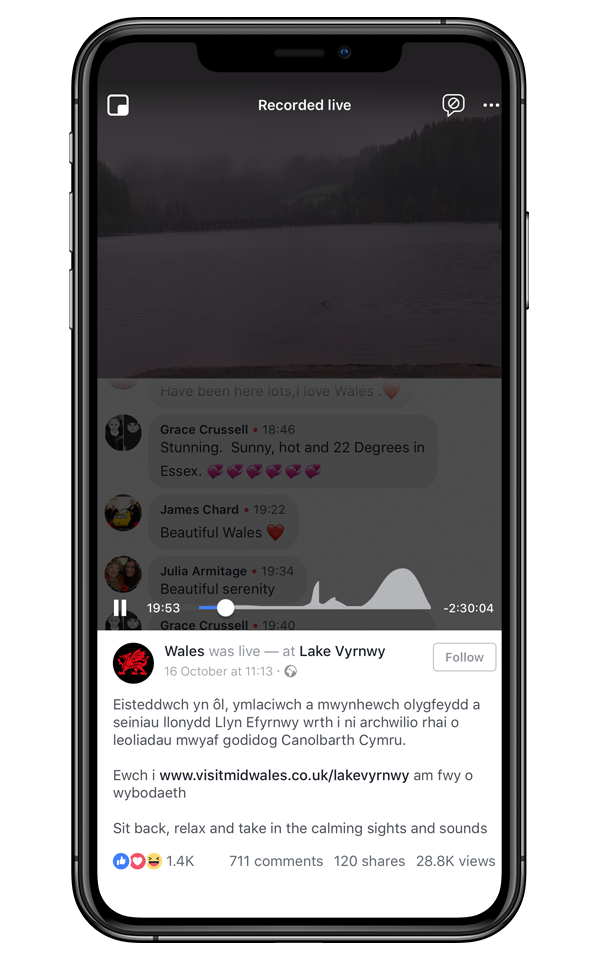 The aim for the campaign was to capture and share the region’s beauty in a way which is raw, giving people a few moments where they can truly escape from whatever they are doing and experience being out in the beautiful nature that MidWales has to offer. The streams were incredibly popular, with a total reach of over 500,000 across all four streams. The campaign also saw the unique engagements of over 250,810 interactions. 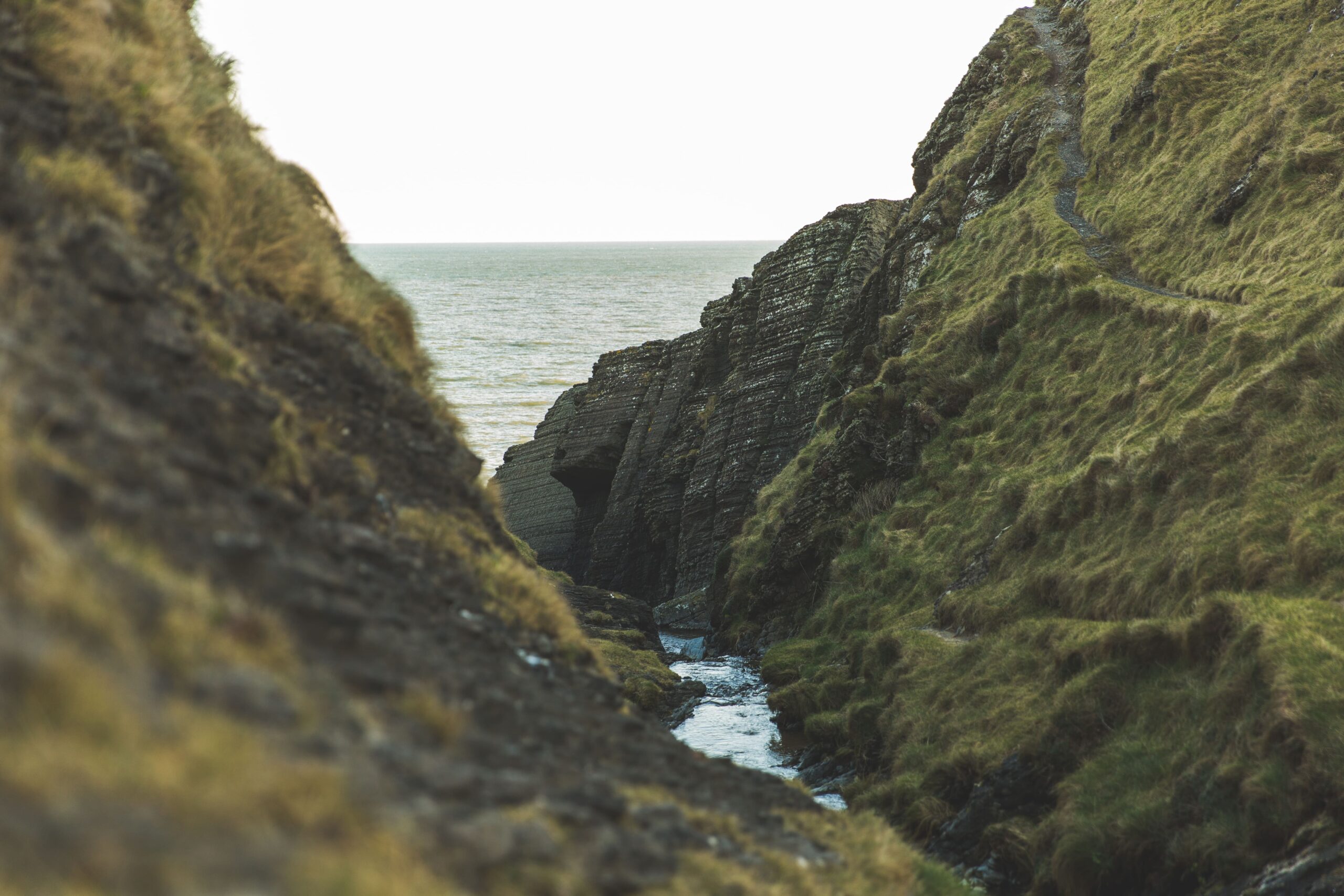 Looking to get similar results?

Come and chat to a friendly member of our team!
Let's chat