The Metaverse: what is it and how you can use it? 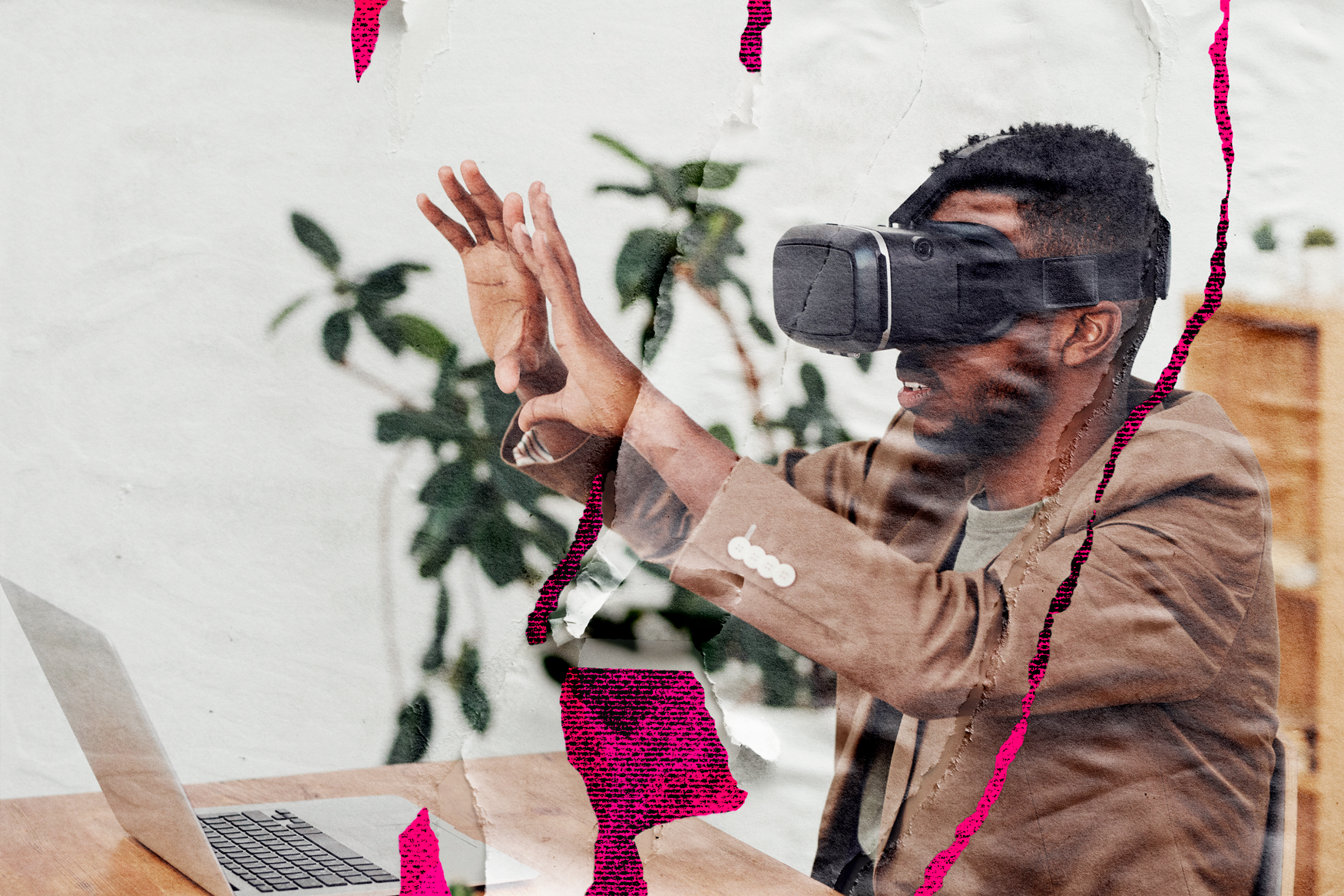 What is the metaverse?

The metaverse is a virtual environment that is meant to be shared with other people. The term was originally coined in Neal Stephenson’s 1992 novel Snow Crash, and references the idea of a collective virtual reality. In the book, this virtual world is known as “the Metaverse,” and it’s sort of like a version of the internet where people can interact with each other in a 3-dimensional space.

The idea has been used for years in films and books, but now experts like Facebook Meta are looking at all sorts of ways to make it a reality. From virtual meeting rooms, to entire homes and experiences, all experienced through an immersive world online.

How can businesses get involved?

So many businesses are already getting started and jumping into the metaverse. A couple of sectors who seem to be leading the way are Entertainment and Gaming.

Major console and PC games such as Fortnite and VRChat have already adapted to playing and socializing with people in a virtual world. Other games like Decentraland is a 3D world in which you can create virtual spaces hosting whatever you want. You could build an Art Gallery or attraction, and even charge people an entry fee!

More recently we’ve seen industry leaders like Ben Francis and Noel Mack, of Gymshark, even hosting meetings in the Metaverse and posting a video of it online, which received over 700,000 views when posted on LinkedIn.

Sure, we’ve all been having meetings over Zoom or Teams in the last 24 months, but how does this differ? Well to start, it’s all done through a VR headset and custom-made avatars, giving you a first-person experience, and the ability to look around and take in your surroundings.

So, what does this mean for your business? The future is coming and it’s time to make sure your business is ready!

How can you prepare for the future?

Make sure you have a solid online presence

Having a strong website and social media profiles will help your business stay ahead of the curve as the digital world grows stronger.

Whether it’s paid online ads or ads through augmented reality, there are plenty of new options that may work better than traditional marketing techniques, and you’ll be able to really hone in on your target market.

Invest in the VR space

Brands can now innovate and create spaces online like never before. Virtual Showrooms like VStores allow customers to take tours of the space and interact with your product all without leaving the comfort of their own phone.

Ever thought about buying a piece of furniture, and not being sure if it would work in your space? Technology like Augmented Reality will let you open up the piece of furniture in your camera and place the object for you to be able to walk around and interact with it, seeing what it looks like, before having to pay for those shipping fees.

Do you already have a good community around your brand? Look into creating and releasing an NFT or two for your community to exclusively own, even pair it with a certain discount to your product when they have ownership of it.

Keep an eye on the latest news

One of the biggest things we can advise is for you to keep an eye on what’s going on in the space, and take inspiration from what the big brands are doing, and if you have an idea, you should go for it, be a leader in the space! 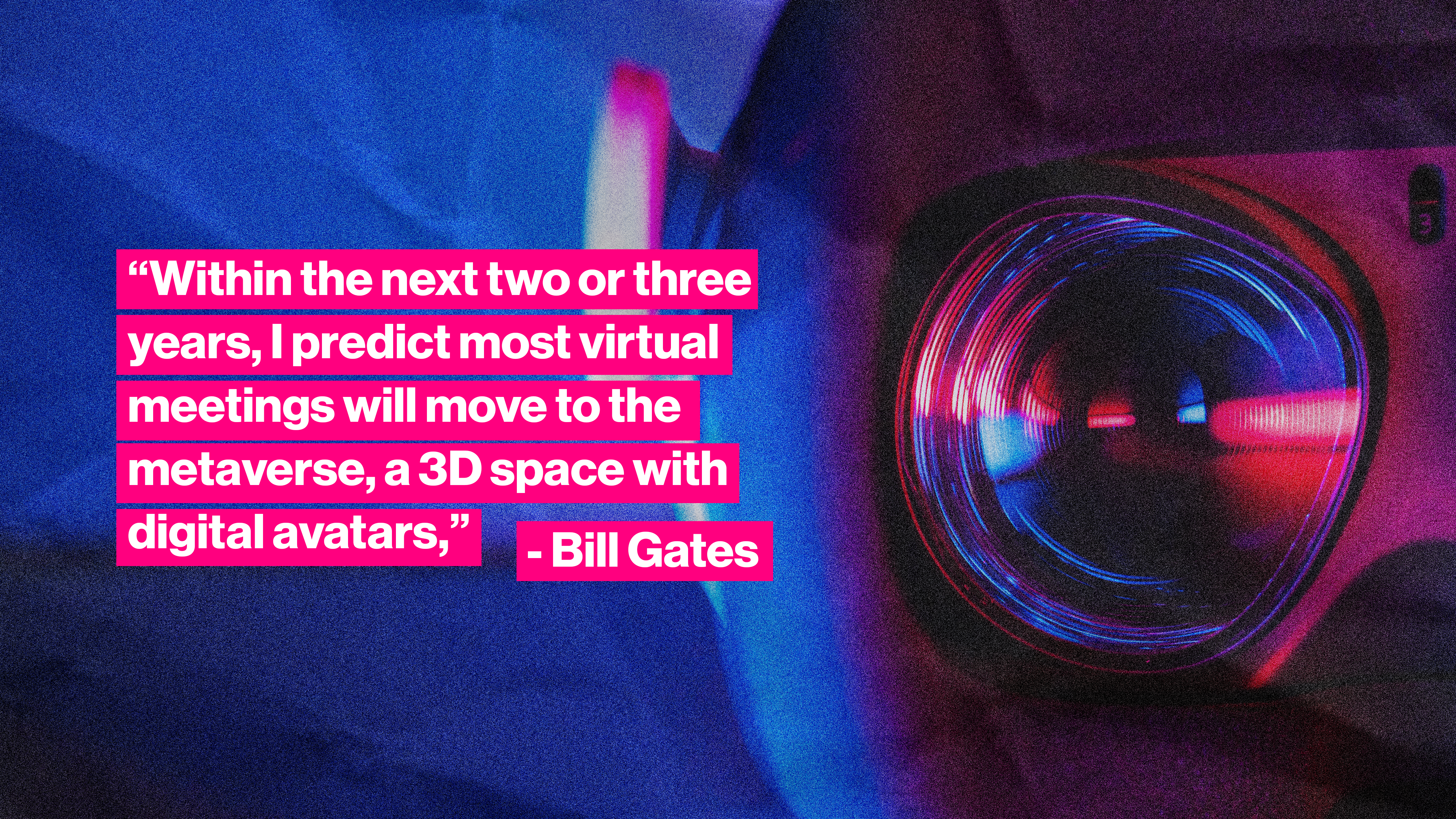 Why is this important today?

It’s important for businesses to start thinking proactively about how they will be able to adapt to this new digital world. Businesses who aren’t will soon find themselves out of touch with what consumers want when they’re browsing the internet or shopping for products and services online. The Metaverse will change the way we communicate, shop and socialise. We’re already seeing this happening with younger generations spending more and more time in VR chat rooms through gaming platforms.

Social Media has become one of the best ways to reach your customers and connect with them on a personal level. It’s no longer enough just running ads in various places online, you need a strategy that integrates all channels of marketing into one cohesive plan where each channel supports the other.

Struggling to get your head around things? We can help. We specialise in Organic and Paid media and will even create your content! Reach out to the guys here to book a meeting on how we can help.

The metaverse is a collective virtual space, in which people can interact with one another in an interconnected environment. This virtual space can be used for games, business, or any other type of collaboration. It’s up to the company or person to determine how they want to use it. As it is still in its infancy, there are still some kinks to work out. But if you want to prepare for the future, we suggest dipping your toe in now sooner, rather than later!

Getting ready to jump into the Metaverse?

Let’s jump on a call and have a chinwag! Or, if speaking to humans fills you with dread, send us an email!

Let's get this conversation started

If you're ready to step into the Metaverse, hit us up!